There is a great contest for FastReport
See info here (click ...)

New Version of our Library of all Magazines is available:
The New LibStick 2020
Details (click) About the library 2020

No experience with Lazarus?
Try Lazarus  try the new 2.0.8 for free
Get the Learn to program using Lazarus PDF

The next issue (87) will soon be published. 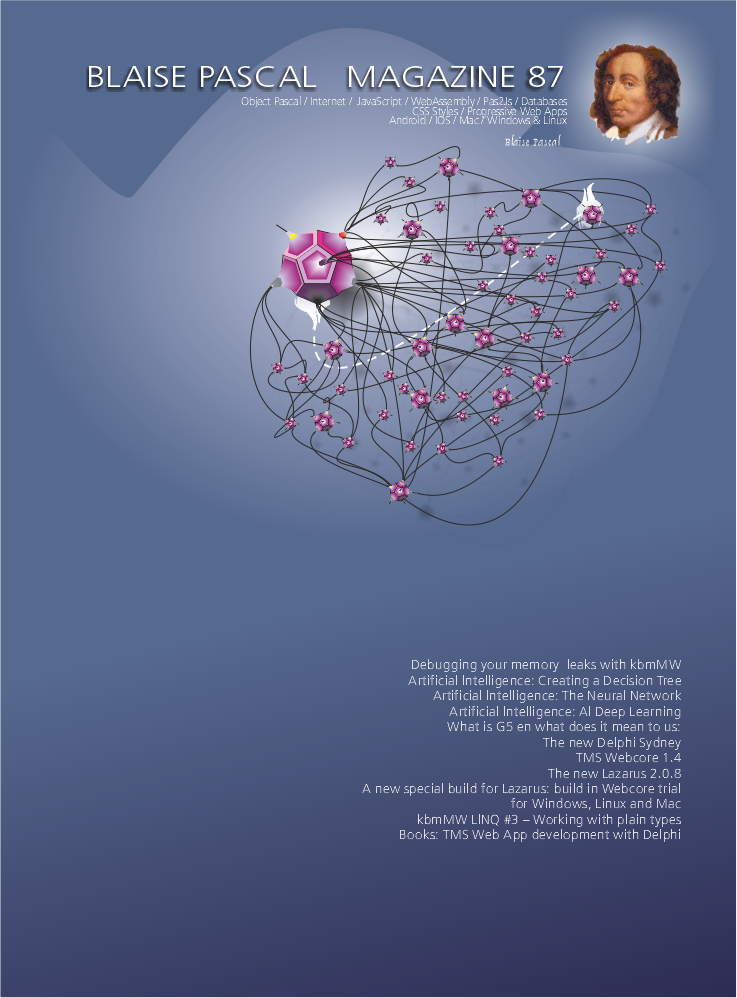 Because I now have arrived at the office after short interruption in the hospital, I can startup my work again: Here is in short what happened: I went with my bike to the fitness center, tried to park it and than lost balance fell and broke my hip. Thursday I was operated and Saturday last weekend back home again. So I now finally can write and communicate again.

There are two things on my mind: The Lazarus Handbook and the new issue 87.

About the Lazarus Handbook I can tell you that we are are very close to publishing and this should be somewhere end of this week. I am now finalizing the last series of small glitches etc.

So the PDF version should be published around the next weekend. I had planned that to be last weekend, but the guy with hammer came along…

I the meanwhile I’ll start the writing and layout of issue 87.

Debugging your memory leaks with kbmMW

We are now finalizing the book. This text update is of today 23 June 2020. Total Page numbers will be about 1200 so because of that we have created a new plan to decrease the number of pages. In this new setup we downsized the font from Garamont 11 to Garamont 10. Probably we will … Read More