After the 10.2 Tokyo release that introduced Delphi for Linux, we launched our annual developer survey. The survey ran for a couple of weeks and ended at the end of April. Participation in our survey was exceptional (50% higher participation than in the past), providing lots of invaluable feedback to the product management team. We’d like to thank everyone who took the time to participate in our survey. The survey results were very helpful for finalizing our roadmap plans.

We just published the May 2017 Delphi, C++Builder and RAD Studio roadmap which we’re really excited about. In our roadmap, you can find the key features that we planned for calendar year 2017/2018. The plans are aligned with Embarcadero’s fiscal year which starts April 2017 and ends in March 2018. We generally plan to update our roadmap every 6 months.

We wanted to take this opportunity to share with you more details on several key focus areas outlined in our updated roadmap. 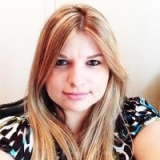 re Details from Sarina

Sarina focuses on FireMonkey, the components libraries UX and styles, RAD Server, the installation experience, plus demos and documentation

We currently support pixel perfect, bitmap based control rendering for all of our UI controls across all four supported platforms, in addition to native control rendering for key text input and list controls on iOS and Windows. As part of our roadmap, we plan on expanding our native user interface control support to Android. We are looking to do this in stages, starting with Z-Order support, followed by native controls on Android, focusing on the same key text input and list controls that we have native presentation support for today on iOS and Windows. This provides a lot of flexibility as it allows developers to choose between Styled and Platform control types on a per control basis for controls that include both control types, while still being able to leverage custom FireMonkey styles in multi-device applications.
We plan to introduce additional templates and design elements to aid the design process for FMX applications. We will collaborate with our component vendors in this space to create a richer portfolio of styles and features to make FMX the perfect choice for fast application development.

If you’re not familiar with RAD Server yet, I’d encourage you to have a look. RAD Server is our turn-key application foundation for rapidly building and deploying services based applications (self-hosted PaaS). RAD Server enables developers to quickly build new application back-ends or migrate existing Delphi or C++ client/server business logic to a modern services based architecture that is open, stateless, secure and scalable. In the 10.2 Tokyo release, we added multi-tenancy support to RAD Server and the ability to deploy your solution to both Windows and Linux servers. This is a game changer for many of our ISV customers who can now create more flexible and efficient deployments for their customer base.
We have plans to deliver ActiveDirectory support for RAD Server and AD synchronization for accounts and Kerberos authentication for clients along with RAD Server support for AngularJS clients. Something else I am really excited about are the RAD Server project templates for several key industries that we are working on. Industry templates are designed to provide you with a great starting point for building your own RAD Server solution. Stay tuned for more info on that in the future. 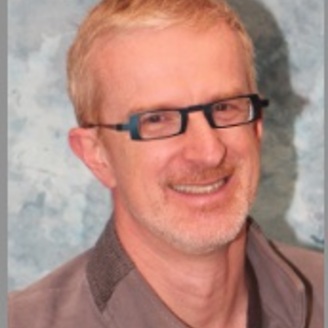 Over the next 12 months we are planning to release a new round of features for the Delphi language, particularly focused around the addition of nullable types to the type system, but also improvements on records initialization and finalization. We are also evaluating some “syntax sugar” enhancements, that is smaller improvements not adding much power to the language but allowing developers to write less or cleaner code.

The other area of development will be around the macOS compiler, with the goal of moving to native 64bit support for that platform (most likely leveraging shared technology with the recently released Linux 64bit compiler).

Code optimization is also very dear to our customers and will be another focus area for the Delphi compiler.

VCL and Windows
The VCL library has been growing and it is finding a place in the modern Windows 10 ecosystem, thanks to styling, new WinRT-like controls, and platform integration including the support for the Windows Desktop Bridge. Over the next year, the plan is to continue in that same direction, exposing more native WinRT APIs, providing additional WinRT-like VCL controls, improving VCL support for modern hardware (like HighDPI screens), and keeping up with the platform evolution in terms of APIs and user experience.

All Things Database and Web Oriented
In the database area, the official roadmap doesn’t mention the work we are expecting to do to keep FireDAC drivers up to date with the various RDBMS, since that along with consolidation and improvements to the core technology is part of the expected work. We are planning maintenance updates to the  recent HTML and REST client libraries, along with significant fixes around DataSnap. Most new development is likely to appear in RAD Server (EMS), but we are not forgetting our core infrastructure — which was just recently ported to Linux in the 10.2 Tokyo release.

We have some exciting plans to introduce new Enterprise Application connectivity adapters that will make connectivity from RAD Studio to many applications, such as Salesforce and Netsuite, as easy as working with the existing FireDAC technology. This will give our users unique accelerators for even faster and broader application development.

Further we are working to expand web development options that are fast and robust, so stay tuned.